Skype Me! Nottingham and the World

Join us for an evening of international writing as we journey across continents and time zones, alternating between writers on stage and on screen from Europe, New Zealand, and the Americas.

We'll be hearing poetry chanted in Farsi, Brazilian sound-poetry from Sao Paulo, a haunting poetry-music project from New Zealand, and different perspectives on WWI in Germany and Britain. Find out how voices travel with Lesley Wheeler and Zayneb Allak, and take a trip to Afghanistan with Ingrid Thobois.

The evening is organised by Robin Vaughan-Williams, who will be co-hosting it with Sharon Scaniglia as part of Nottingham Festival of Words 2014.

'Skyping Ahead', blog post about Skyping with some of the participants.

Richard Goodson and Mina Fatemi (Word Jam)
Mina Fatemi is a poet and singer and worked as a nurse in Tehran before having to come to the UK as an asylum seeker. Rich Goodson is a poet and has been teaching English to people in Nottingham from migrant and refugee backgrounds for the past 18 years.
Richard and Mina are co-directors of the Word Jam Collective, a multilingual, intercultural hub of poets and musicians based in Nottingham.  Its ethos is summed up in a quotation by the German poet Hamann: 'Poesie ist die Muttersprache der Menschheit' - 'Poetry is the mother tongue of the human race'.

Mark Goodwin
Mark Goodwin (aka Krama Woodgin) is a poet-sound-artist, who is often on-location bonding with his fluffy microphone. For this death-defying alive event Mark will attempt to precisely speak his ‘gappy poetry’ whilst being aware-of-and-connected-to the muscles, vocal folds, and verbal apparatus he was born with...
Mark collects sound-enhanced poetry from around our world via his SoundCloud group Air to Hear

Ian Douglas
Nottingham-based Ian C Douglas writes fiction for children and adults. He is one of the contributors to To End All Wars, the bestselling graphic anthology of WW1 Stories. His acclaimed entry 'Dead in the Water' looks at true events under the North Sea. Ian will be talking about heroism, courage, guilt and destiny.

Kerry Featherstone
Kerry Featherstone is Lecturer in Creative Writing at Loughborough University. He writes poetry in French and English, and has translated some of Ingrid Thobois' work, who will be appearing with him via Skype.

Zayneb Allak
Zayneb has spent most of her working life as a teacher, for a short while in the UK but mostly overseas, in Asia, Europe and the Middle East. She started writing five years ago and is now doing a PhD in Creative and Critical Writing at Nottingham Trent Unversity. Her thesis includes a collection of poetry which explores how writing and travel are related and in particular, how the voice might be described as a traveller.

Reuben da Cunha Rocha
Reuben da Cunha Rocha is a Brazilian poet, performer and visual artist, also known as cavaloDADA. He has published two mixed-language books and translated texts by the likes of Allen Ginsberg, Bill Knott, John Cage, and many others. He last appeared in Nottingham for World Event Young Artists in 2012.
Reuben on SoundCloud
Sao Paulo, Brazil, BST -4

Adair Bruce
Artist, writer, musician, and dance practitioner, Adair produces multilayered recordings that capture the histories and cultures of the communities she works with. Her poetry-music pieces bring together the words of former New Zealand poet laureate Bill Manhire, the diverse languages spoken in her hometown, and an intuitive, deep-listening approach to sound. She will be in conversation with Mark Goodwin.
Adair on SoundCloud
Dunedin, New Zealand, BST +12

Johann Reisser
Johann Reißer is an author and theatre-maker whose writing draws on various avant-garde tendencies and sampling techniques. In June 2014 in Berlin he produced "Katastrophen/Formen", a poetic performance involving more than 30 poems from 14 different countries depicting the turn from enthusiasm to shock during the period 1914 to 1918.
Rottweil, Germany, BST +1

Ingrid Thobois
Ingrid Thobois is an award-winning novelist, children's writer and poet. She is widely travelled and her subject matter ranges from Afghanistan to the Tropics via France. Ingrid will be discussing some excerpts from poems that Kerry Featherstone wrote while translating her first novel, and her recent poems in the footsteps of French travel writer Nicolas Bouvier.
Paris, France, BST +1

Lesley Wheeler
Lesley Wheeler's poetry collections include Heterotopia, winner of the Barrow Street Press Poetry Prize, and the forthcoming Radioland. She lives in Lexington, Virginia, where she teaches poetry and creative writing at Washington and Lee University. Her interests include voice/performance, and her poetry explores issues such as dislocation and uncanny presence.
Twitter: @LesleyMWheeler
Lexington, Virginia (USA), BST -5

The concept of a Skype night began with a Skype poetry set Robin put on for Life 2.0 at Access Space in October 2008 for Off the Shelf Festival in Sheffield. 'Skype love' interwove poems about love and communications with appearances by writers in London, Montana, and Reykjavík. Then in May 2011 this was developed into the concept for a whole evening at Word of Mouth: Nottingham and the World, with writers appearing from as far away as Mumbai, Auckland, and Pennsylvania, and back to Sheffield again for another event in October 2011. 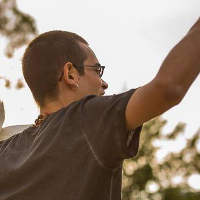 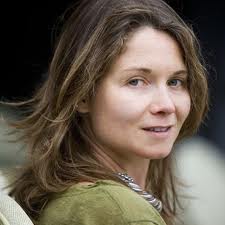 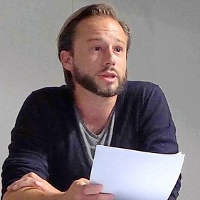 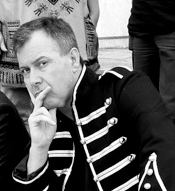 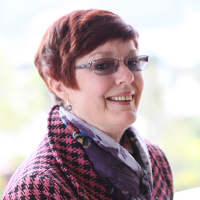 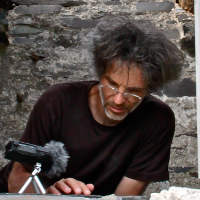 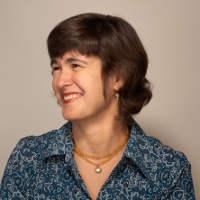