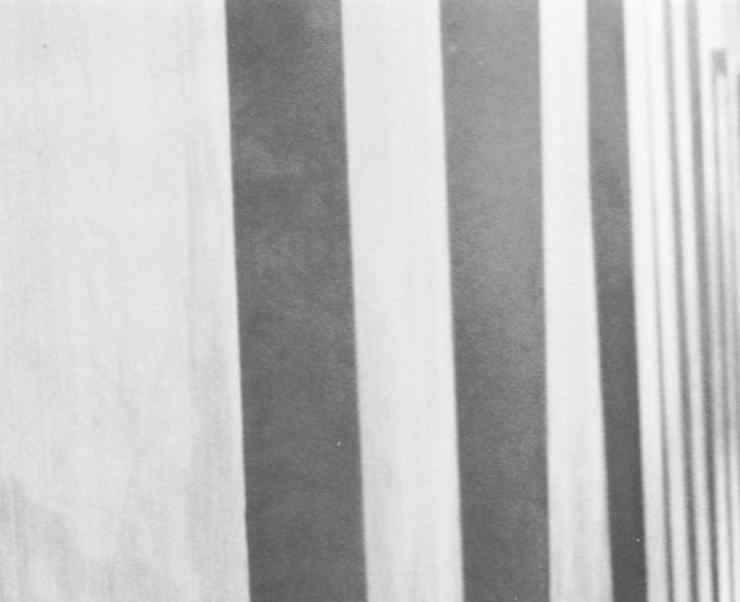 demolition is the work of around 20 poets in collaboration with the Berlin-Sheffield music project, Ella Luk. Participants either sent in poems connected with the theme of demolition and the city, or took part in a series of writing workshops that were held over the summer of 2005 in Simunye, Signposts, and Sheffield Cathedral. (Some information about the writing project stage of demolition can be found in this PDF leaflet).

The poems selected for the performance deal with a range of topics, such as change in the city, industry, memories of the past, and the experience of urban housing. Some are based more around historical, or even mythological episodes, while others deal with the themes of alienation and anonymity in the urban environment. Some are very specific, while others are more lyrical, fantastic, or apocalyptic; some poets adopt a bombastic, public voice, while others sound more private and intimate. These voices and themes are woven together with each other and with the music for the performance; they flow one after another (and sometimes all at once) from different directions, allowing tensions and continuities to emerge between them. Sometimes the words will be loud and clear, sometimes they will bubble away from all around, and sometimes the meaning will come not so much from the words as from the sound of a voice trying to speak.

Ella Luk consists of four musicians - Andrea, Thomas, Bruno, and Yuki - two of whom also belong to the German ambient noise core band, L.Minygwal. It is the same group of musicians who made the deeply rhythmical and stirring music that helped make Verbiage in October 2004 such a wonderful event. Although not as extreme as L.Minygwal, both groups share a committment to the generation of atmospheres through the use of sounds, rather than just notes.

Ella Luk perform on a range of instruments, often finding unorthodox ways of playing them. Last year they used samples and electronics, classical harp, distorted folk harp, distorted zither (Andrea's grandmother's!) played with percussion sticks, xylophone, and a new percussion instrument developed in Switzerland called a 'hang' that looks like a flying saucer and produces a deep, trance-inducing sound somewhere between a xylophone and a steel drum. This year they will also be playing on accordion, Tom drums, and Chinese violin.

Demolition brings together many of the same poets and musicians who put together Verbiage in the Winter Gardens during last year's Off the Shelf Festival. Both demolition and Verbiage explore the concept of a 'collage of sound and voices'. Collage is usually thought of as a visual art form. It involves bringing together fragments and materials from different sources that would normally appear stylistically dissonant. In demolition it is the poems, all written and performed by individuals with their different voices, perspectives, and experiences of the world, that are brought together, rather than visual materials. By forcing the viewer to infer some kind of relationship between its disparate elements, collage suggests that all these different things might after all be somehow connected. At times, revolutionary potential has been attributed to collage—modern society may be fractured and compartmentalised, but collage might awaken in its audience a realisation of the far more unified social forces behind the alienated and fragmented world they experience. Collage did not always realise its revolutionary potential, but it still represents a powerful way of bringing together in a composite picture the myriad of perspectives, styles, and experiences that surround an object as complex as the city.

Collage is also conducive to a dynamic and multi-directional form of performance. Because poets and musicians are situated at different points around the Cathedral, we are able to introduce movement into the performance. Voices and sounds come from different directions, one after another, sometimes all at once, creating a varied tapestry of verbal and acoustic textures. The use of music also allows more space for the poems to breathe.

'demolition' (the performance) can be called a site-specific performance, or an architectural performance, because we use the architecture of the building, we interact with its space and with its acoustics, exploring the way it can both project and destroy our voices. demolition (of buildings) is about change, the ugly face of regeneration and renewal, it shows up the aspect that the architectural products of regeneration projects often fail to symbolise, the balance of power, who decides what gets knocked down and in whose interest. Recently I took some visitors across the city from the train station, and the over-riding impression I had was of car parks, scaffolding, and rubble chutes. The cathedral is an appropriate place from which to reflect on this sense of rapid change in our environment because it is by contrast a relatively permanent and enduring building. Yet at the same time it has itself been built, rebuilt, and extended many times over the centuries—the latest project, the introduction of new modernist stained glass windows to the Lantern, was only finished in 1998&#8212and the peculiar shape of the building, with its surprise views and stylistic mix, is a result of this history. </p> <p>More information on Sheffield Cathedral can be found in <i>Sheffield Cathedral: An Illustrated Guide</i>, available from the Cathedral bookshop. </p> </div> <div class="more_col2"> <p><b>Poets participating in demolition:</b> <br>Barbara Adamson, <br>Joan Board, <br>Doreen Bottomley, <br>Eddie Bourke-Fox, <br>Matt Clegg, <br>Derek Collins, <br>David Cox, <br>Rob Hindle, <br>Philip Howarth, <br>Peter Jones, <br>James Lock, <br>Tina McKevitt, <br>Lucy Payling, <br>Eleanor Rees, <br>Shelley Roche, <br>Graham Roos, <br>Robin Vaughan-Williams </p> <p><b>Organised by:</b> <br /><a href="http://www.zeroquality.net/zqme/">Robin Vaughan-Williams</a></p> <p><a href="flier.html">download the flier <img src="flier3_140.jpg" alt="flier" /></a></p> </div> </div> </div> </body> </html>